“The [Mi’kmaq], first called by the French Souriqu’ois, held possession of Nova Scotia and the adjacent isles, and were early known as the active allies of the French. Marquis de la RocheIn 1598, the Marquis de la Roche, a French nobleman, received from the King of France a commission for founding a French colony in … Read more

“Until January, 1757, the Governor and Council ruled alone in Nova Scotia, at that time, after long debate, it was decided that a Representative Assembly should be created, and that there should be elected for the province at large, until counties should be formed, twelve members, besides four for the township of Halifax, two for … Read more

Background:Although there were no parliamentary institutions of any kind in the area during the French regime, local government of one sort or another has existed in Nova Scotia from the founding of Port Royal in 1605. It began not with elected municipal councils, nor with incorporated towns and cities, not even with the Court of … Read more 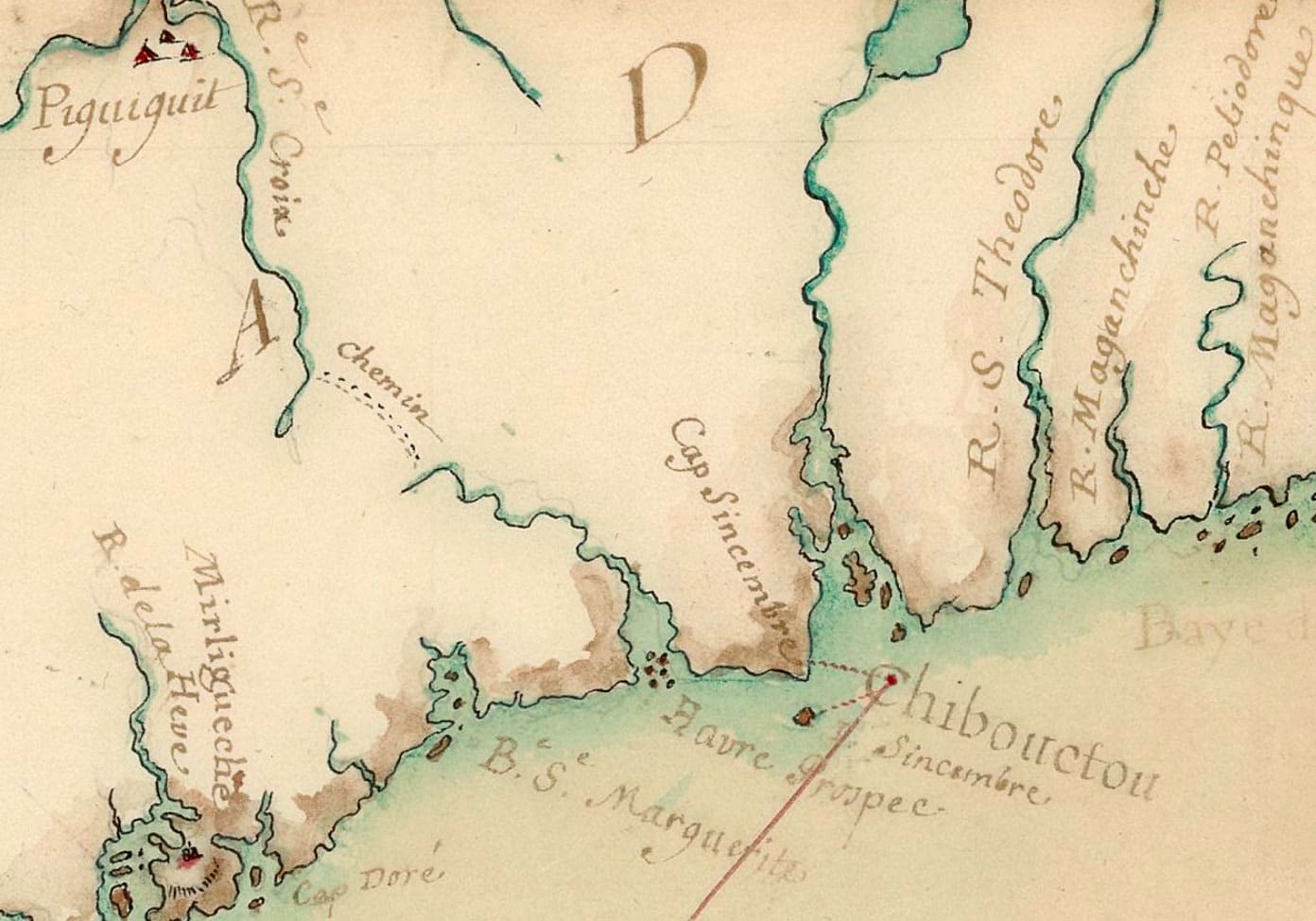 A recognizable Halifax peninsula on this map, McNabs, George’s Lawlors and Devil’s island all properly represented, as well as a portage to Windsor. “Carte de l’Accadie”, Chabert, Joseph-Bernard de. 1746. https://gallica.bnf.fr/ark:/12148/btv1b53089771s

“List of Contributors: … P. McNab, Dartmouth – barley and oats.” “On the east side of the harbor is situated the town of Dartmouth, settled in 1750. The town is well situated, and is admirably adapted to the employment of ship-building. It is connected with the city by steamboats.” “Prior to 1719 (at which time … Read more

“The [Indigenous people] had appeared in the neighborhood of the town for several weeks, but intelligence had been received that they had commenced hostilities, by the capture of twenty persons at Canso… On the last day of September they made an attack on the sawmill at Dartmouth, then under the charge of Major Gilman. Six … Read more Fort Duncan: Shown “dismantled” in Collyers military map of 1808. Commissioner Henry Duncan was at H.M Naval Yard in 1790 and 1793.

“East side of Bedford Basin: The winding shore above the narrows has many picturesque points and coves to recommend it to the lover of natural scenery. It has also historical associations, but not, perhaps, of such prominence as that of the western side. High hills, clad with pine and spruce, rise conspicuously above the sparkling … Read more

“The manuscript documents relating to the history of Nova Scotia were collected, arranged, bound, indexed and catalogued by the late Thomas Beamish Akins C. L., who was appointed Commissioner of Public Records, in accordance with a resolution passed by the House of Assembly on the thirtieth of April, 1857. According to the catalogue prepared by … Read more

An examination of the legislated spatial dimensions of Dartmouth – from its initial definition as a township care of the Royal instructions that accompanied Cornwallis in 1749, to its dissolution into a county masquerading as a city in one of Nova Scotia’s city county mergers by fiat (aka a “municipal coup”) in 1996. “And whereas … Read more

“Disaster is frequently the parent of legislation. In surveying the long history of Nova Scotia, we find this saying particularly true.” “The first recorded instance of illness in Nova Scotia is the account of Champlain of an outbreak of scurvy at Port Royal in 1606. His group of settlers had spent the winter of 1605 … Read more